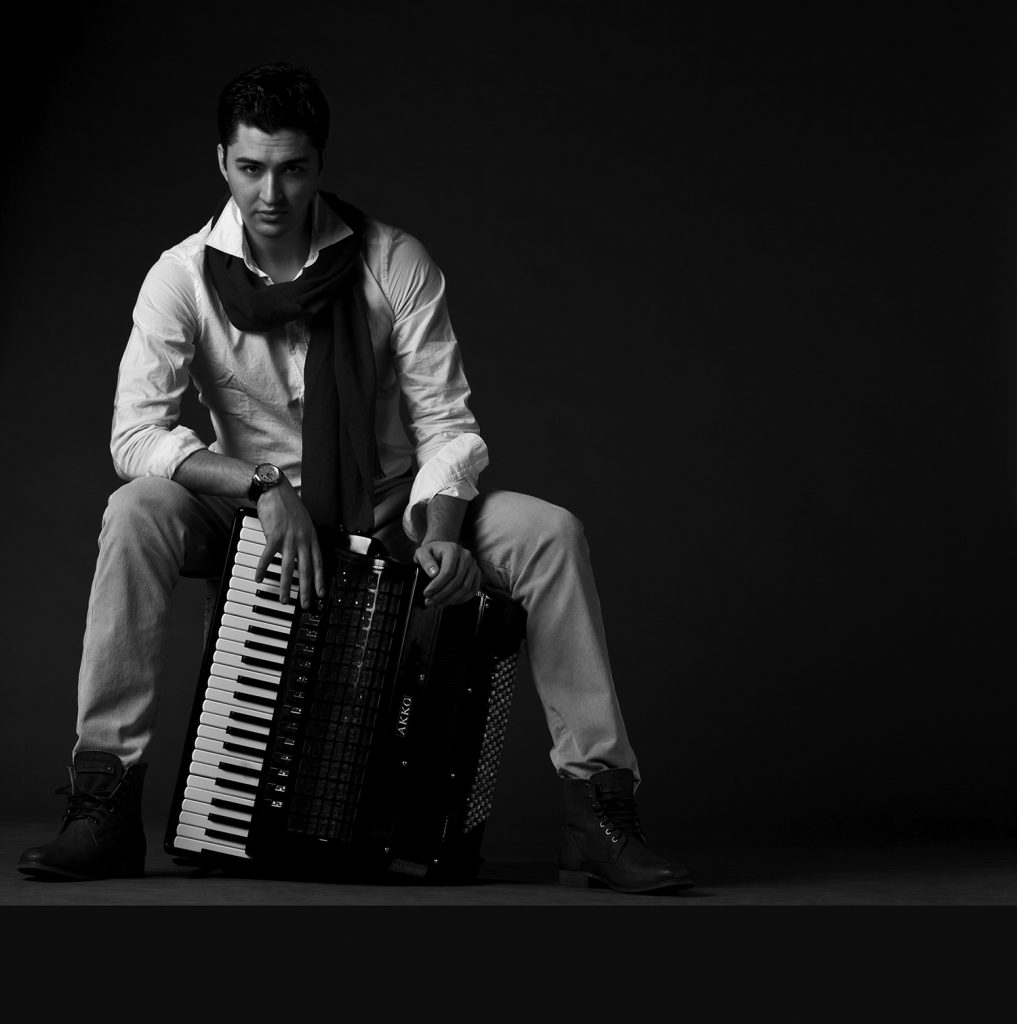 Considered one of the finest accordion players in Russia, Nikita Vlasov studied with V.I. Golubnichy and V.G. Stary at the Glinka Conservatory. Vlasov , who often performs at benefit concerts for the Vladimir Spivakov International Charity Foundation, was recorded in the Roman book, “Best Concerts of the Year”. He has won the first prize in more than 30 international competitions and participated in the International Victory Marathon, under the auspices of Russian President Vladimir Putin. Vlasov has also performed for the leaders of nearly 20 nations, including Her Royal Highness Princess Beatrix of the Netherlands. Vlasov, who also performs as a soloist with Vladimir Spivakov and “Moscow Virtuosi”, is known as one of the busiest names among modern accordionists, thanks to his rich repertoire.