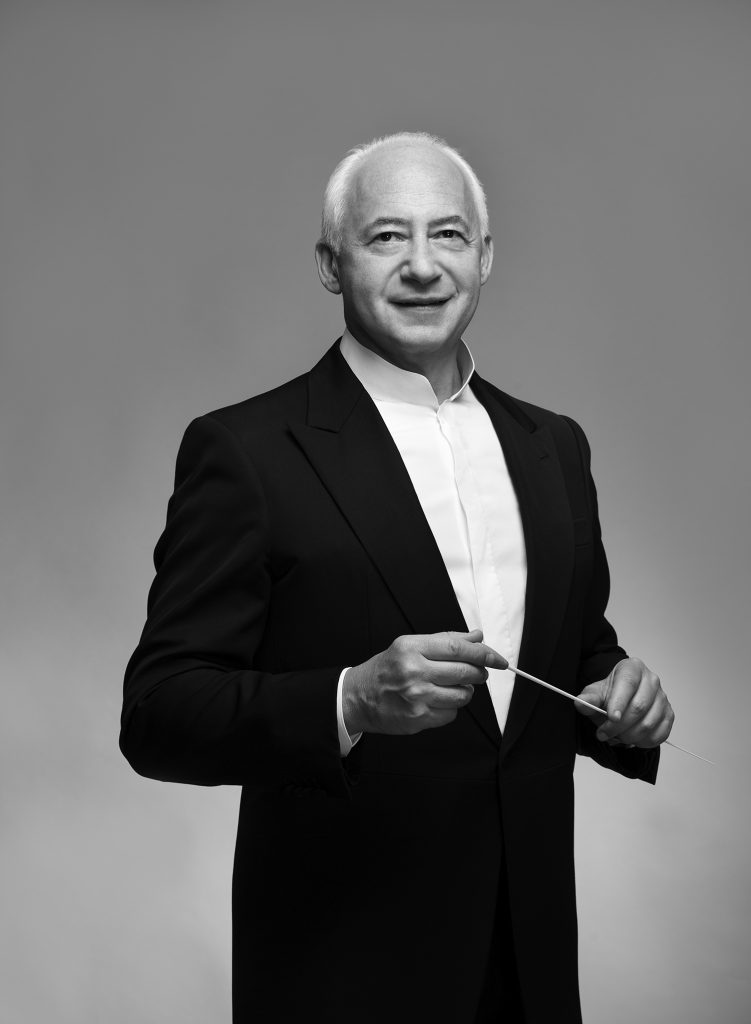 The outstanding violinist and conductor Vladimir Spivakov has remarkably realized his multifaceted talent in music and social life. Spivakov has been described by the New York Times as an “extraordinary and unusual artist”, “a modest master”. Beginning his training at a young age, Spivakov studied with David Oistrakh, one of the world’s greatest violin virtuosos, and renowned teacher Yuri Yankelevich, as well as with Lorin Maazel and Israel Gusman. He also studied under Leonard Bernstein, who gifted his conducting baton to Spivakov. Spivakov drew attention at a young age, winning the Marguerite Long-Jacques Thibaud Competition in Paris, the Paganini Competition in Genoa, the Montreal Competition, and the Çaykovsky Competition in Moscow. Spivakov has served as Artistic Director and Principal Conductor of the Russian National Orchestra; he also serves as a juror for the leading classical music competitions, and is the founder, conductor and violin player of Moscow Virtuosi. He has released approximately 50 albums as a soloist and conductor. Many composers have dedicated their work to him primarily, including A. Schnittke, R. Shchedrin, A. Pärt, I. Schwartz, and V. Artyomov. Spivakov was announced as a Peace Artist by UNESCO and deemed worthy of the Mozart Gold Medal. Through his Vladimir Spivakov International Charity Foundation established in 1994, he has been leading social initiatives, helping to provide treatments and surgeries, as well as providing professional instruments and concert opportunities to gifted students and other musicians.