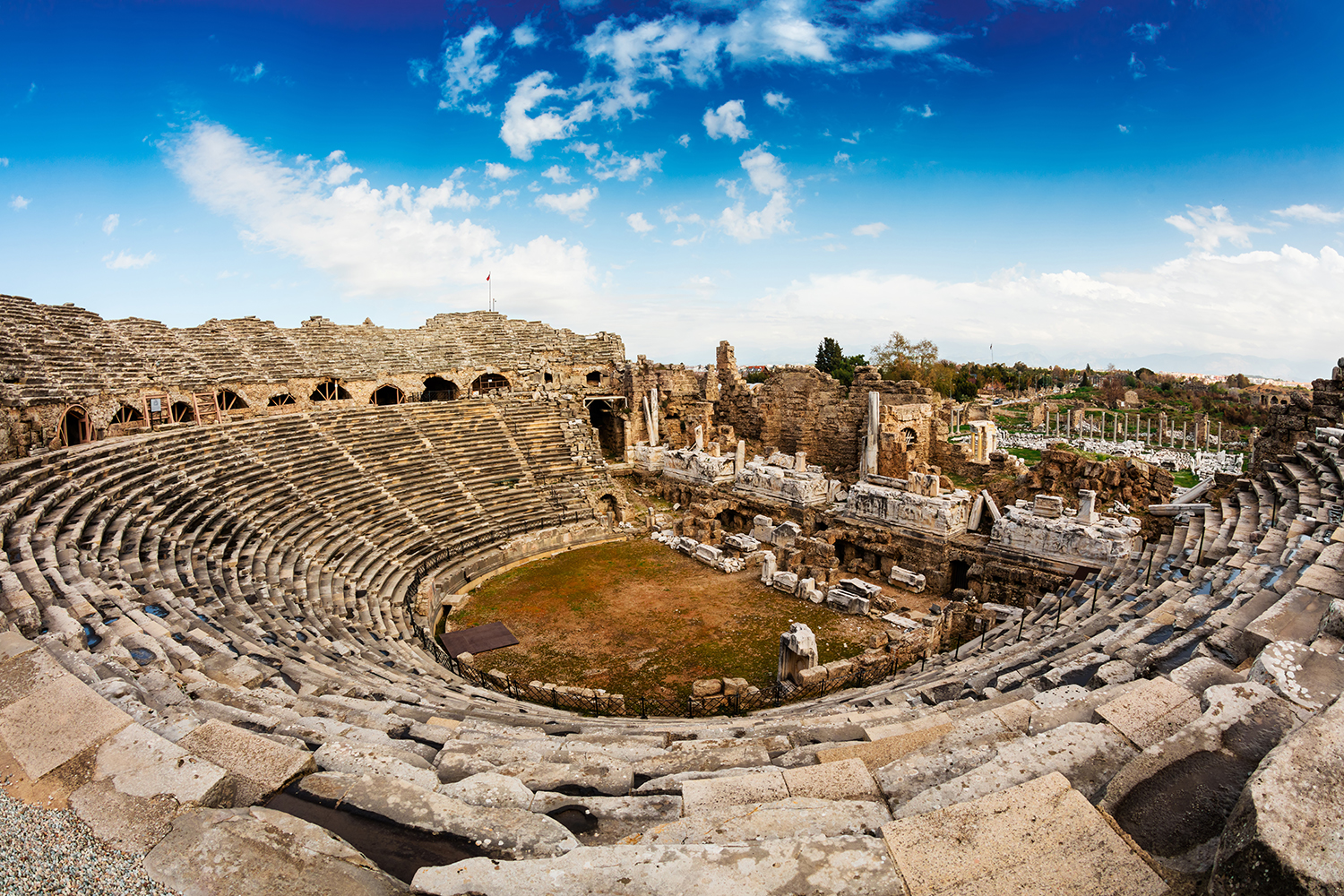 Side was the most important port city of the Pamphylia region in ancient times, with a history dating from the 8th century B.C. Side Ancient City is located on a peninsula in the coastal part of Manavgat district of Antalya. Side Ancient Theatre – one of Anatolia’s unique historical sites – is located on the narrowing part of the peninsula and in the centre of the city. The area of the cavea (rows of seats) up to the diazoma (the road in the middle of the steps) leans on a hillside; the upper part is placed in a curved shape on the vaults. The stage building has three floors, and Antonine Period Baroque features can be observed in the decoration. The podium on the first floor has a frieze of Dionysus, in which the life of Dionysus, the god of wine and theatre, is described in chronological order from west to east, concluding in Gigantomakhia at the eastern end. The facade of the stage building is very active with architectural decorations and sculptures.